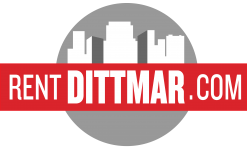 With so many superhero movies coming out in the theatres, it’s a good time to catch up on the comics that these superheroes are derived from. In this week’s Virginia Square Towers Blog, we offer suggestions on comics to read between Marvel and Detective Comics to get you caught up or educated on these superheroes!

Though without superpowers (unless you consider incredible wealth a superpower), Batman has become one of the most prominent heroes of the Detective Comics universe. Due to the popularity of the blockbuster movies, the Dark Knight has exploded into a household name. As you read through the comics, you can glean insight into how Bruce Wayne came into being Batman. Learn his history, the villains he fights, and his main goals.

Portrayed by Gal Gadot in the latest movie, Wonder Woman burst into the mainstream more so than ever before. The first major female superhero, Princess Diana of the Themyscira (as she’s known in her homeland) is a hero that stands up for justice and truth, using her goddess-level strength, intelligence, and her Lasso of Truth to battle for the fate of the world. Alongside her fellow heroes, she’s a founding member of the Justice League.

Also known as Peter Parker, Spiderman has been around since 1962. Since then he has captured the attention and hearts of many people. As a kid from New York, he gains his powers through being genetically mutated after a bite from a radioactive spider. Learning how to be a hero on his own, it takes him a while to understand the nuances of what it means to be heroic. Beyond the Movies, Spiderman’s story is full of interesting villains. Explore the Marvel universe through the eyes of a young superhero, his love interests, interactions with other heroes, and even death.

If you wanted to know the story behind the successful box office hit, the comics of the Black Panther are a great place to start. It follows T’Challa, the King and protector of the nation of Wakanda. After his first appearance in 1966, the Black Panther comics were not as popular as some of the other Marvel publications. However, that doesn’t mean they were any less amazing!

These comics are an excellent portrayal of the kinds of diversity you can find in their respective comic universes. And they’re all well-written! As much as the movies have done most of these heroes justice, their stories come or take inspiration from the many published editions of the comics. Do you have a favorite comic? Let our Arlington, VA apartment community know of some by leaving us a comment below. Thanks for reading!