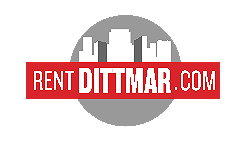 International Women’s Day is March 8th and it’s a great time to celebrate women! There are a variety of ways you can recognize the strong women in your life, but one way we enjoy doing so is by watching movies with strong female heroes! In this week’s Virginia Square Towers Blog, we’ll share with you movies that feature female heroes.

Follow Diana (Gal Gadot), princess of the Amazons as she ventures away from her secluded home of Themyscira to fight off the evil plaguing the outside world. Joining Steve Trevor (Chris Pine), a pilot who had crash landed on Themyscira, Diana discovers her true powers, lends her aid in stopping the war, and takes her destiny into her own hands while fighting for what she knows is right.

“A former assassin, known simply as The Bride (Uma Thurman), wakes from a coma four years after her jealous ex-lover Bill (David Carradine) attempts to murder her on her wedding day. Fueled by an insatiable desire for revenge, she vows to get even with every person who contributed to the loss of her unborn child, her entire wedding party, and four years of her life. After devising a hit list, The Bride sets off on her quest, enduring unspeakable injury and unscrupulous enemies.”

“When a terrorist threatens to bomb the Miss United States pageant, the FBI rushes to find a female agent to go undercover as a contestant. Unfortunately, Gracie is the only female FBI agent who can "look the part" despite her complete lack of refinement and femininity. She prides herself in being "just one of the boys" and is horrified at the idea of becoming a girly girl.”

Women should be celebrated, and these movies definitely show the strength, poise, and capability of women! Share your own favorite movies and characters with our Arlington, VA apartment community by leaving a comment!